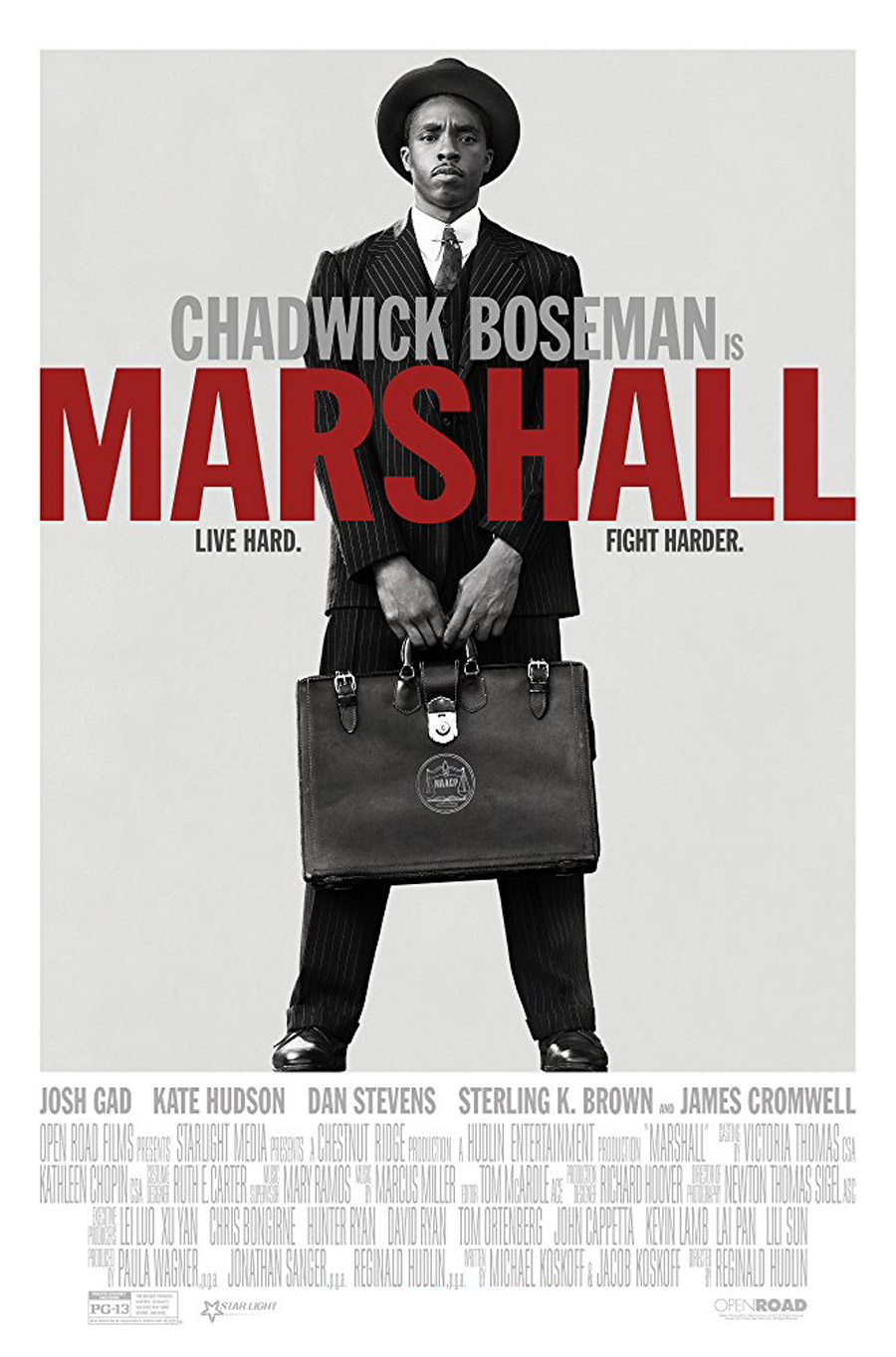 "The story of Thurgood Marshall, the crusading lawyer who would become the first African-American Supreme Court Justice, as he battles through one of his career-defining cases." - distributor's synopsis

This film is rated PG-13 for mature thematic content, sexuality, violence and some strong language.

Ms. Sunshine Nealy will present this film. Sunshine Nealy is an Adult Education Program Specialist at SJR State and specializes in recruitment and operations. Sunshine received her Bachelor’s degree from Saint Leo University in Business Administration and Management. Previously, she worked in Admissions at the University of Florida. She is heavily involved in the community with her involvement in youth sports, church youth, and children ministries.

As Ms. Nealy explains, "I selected this film because I admire Thurgood Marshall’s drive to give a black man accused of sexual assault and attempted murder a fair trial especially during a time when racism and discrimination was second nature. Way before Marshall became the 1st African American Supreme Court Justice, he was just a lawyer for the NAACP. It was Marshall’s early years as a lawyer that groomed him to sit on the United States Supreme Court."

July 11, 2019
Location: Palatka Campus Library
Time: 5:30 p.m.
An informal discussion with members of The Turning Table's Race Issues Study Circle will be held after the film.

The True Story Behind “Marshall”