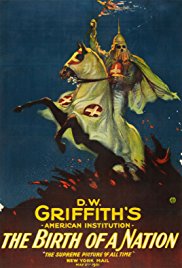 Dr. Gregory Shealy, professor of history, selected this film for inclusion in The Whole Staircase Film Series. Upon selecting this film, Dr. Shealy said, "D.W. Griffith’s Birth of A Nation (1915) revolutionized the nature of cinema.  Its cinematography led Mary Pickford to state that it was “the first picture that really made people take the motion picture industry seriously.” Until Gone With the Wind, it remained the most commercially successful film of all time.

In addition to revolutionizing the use of the camera, it became a cultural phenomena that found widespread acceptance in American society. Woodrow Wilson screened it in the White House, the Los Angeles Times called it “The greatest picture ever made and the greatest drama ever filmed,” and audiences flocked to see it dressed in Klansmen robes. It contains a deeply racist message. It has been given credit with reviving the Ku Klux Klan and solidifying the Lost Cause Myth.

Watching the second half of this silent film, this screening will discuss the ways in which film led to the marginalization of African Americans. This film is a masterpiece of evil and the discussion before and after the film will seek to uncover the ways in which this film reflected and informed the deeply troubled relationship between African Americans and Hollywood."

Dr. Shealy earned his Ph.D. at the University of Wisconsin - Madison.

Due to its length, Dr. Shealy will show the second half of the movie (beginning after the film's intermission break).

Screening of Part 1 (no presenter)

Screening of Part 2 (no presenter)

Film Information: Birth of a Nation

"A profoundly influential and controversial film, this is the epic story of two families, one northern and one southern, during and after the Civil War. D. W. Griffith's masterful direction combines brilliant battle scenes and tender romance with a vicious portrayal of African-Americans. It energized the NAACP and also inspired African-Americans to move into filmmaking as a way to offer alternative images and stories." - distributor's synopsis

This film was released in 1915 and is not rated.

Resources for Further Exploration - The Birth of a Nation

100 Years Later, What's The Legacy Of 'Birth Of A Nation'? - From NPR's All Things Considered

The Birth of a Nation: The most racist movie ever made? - From the BBC