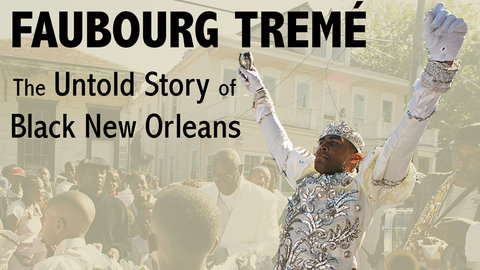 Presented by the Library.

Executive produced by Wynton Marsalis and Stanley Nelson, with commentary from renowned scholars John Hope Franklin and Eric Foner, Faubourg Tremé is the riveting story of one community's epic struggle for racial equality - from slave revolts and underground free black antebellum resistance, through the challenges of post-Katrina rebuilding today - all set to a fabulous soundtrack of New Orleans music through the ages. This award-winning film gives the depth of history to current racial strife and challenges viewers to think historically and critically about the links between race, class, conflict, and cultural expression in our modern communities." - distributor's synopsis

Location: Palatka Campus Library
Time: 5:30 p.m.
An informal discussion with members of The Turning Table's Race Issues Study Circle will be held after the film.
All are welcome to this free event!

A brief history of New Orleans' Treme neighborhood - from NOLA.com

"Fabourg Tremé reminds us that not only is it our obligation as a nation to restore it, but that parts of its history could be a model for a brighter future for the city—and for the rest of us." - Mother Jones