Presented by the Library. "The Black Atlantic explores the truly global experiences that created the African American people. Beginning a full century before the first 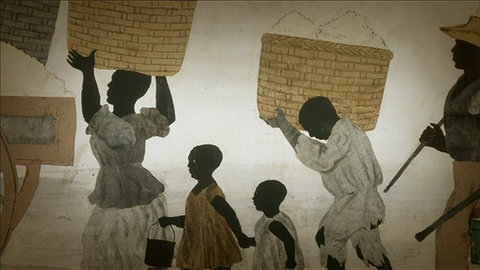 documented slaves arrived at Jamestown, Virginia, the episode portrays the earliest Africans, both slave and free, who arrived on the North American shores. Soon afterwards, the Trans-Atlantic slave trade would become a vast empire connecting three continents. Through stories of individuals caught in its web, like a 10-year-old girl named Priscilla who was transported from Sierra Leone to South Carolina in the mid-18th century, we trace the emergence of plantation slavery in the American South. The late 18th century saw a global explosion of freedom movements, and The Black Atlantic examines what that Era of Revolutions--American, French and Haitian--would mean for African Americans, and for slavery in America." - PBS

Location: Palatka Campus Library
Time: 5:30 p.m.
An informal discussion with members of The Turning Table's Race Issues Study Circle will be held after the film.
All are welcome to this free event!

Who Was the First African American? - Henry Louis Gates, Jr. writes about Juan Garrido, a conquistador who landed in Florida in 1513 and was "the first documented black person to arrive in this country."

"Researchers seek fuller picture of first Africans in America" - Article about the Africans who arrived at Point Comfort and the work of their descendants for recognition.

Virginia's First Africans - Provides details about the 1619 arrival at Point Comfort of the first Africans to be sold into slavery in America.

The African American Migration Story - "From the transatlantic slave trade to today's New Great Migration, learn about the major African-American migrations and how those movements changed the course of American history."