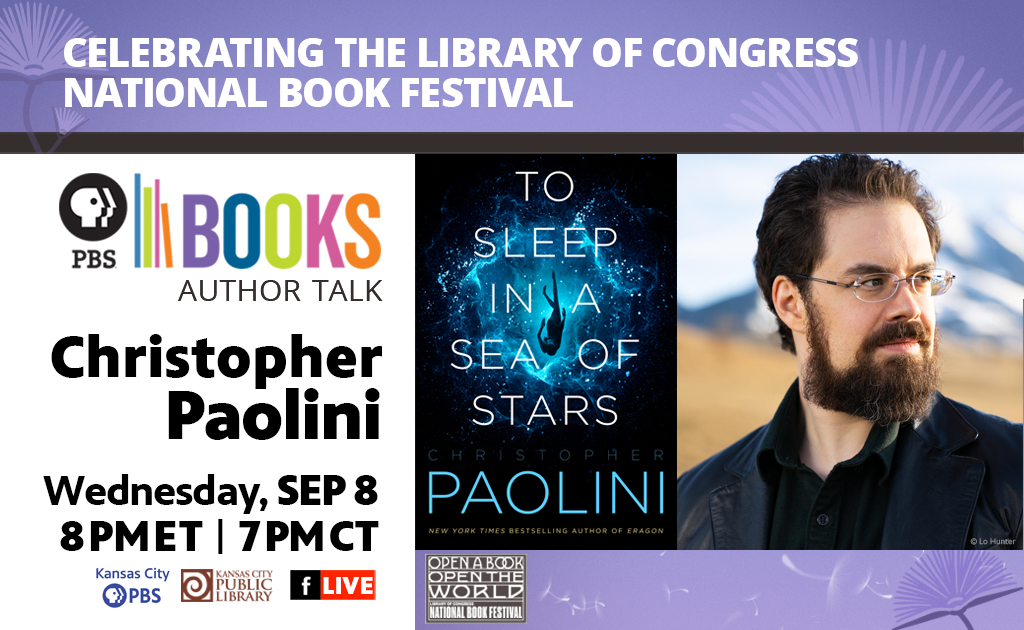 PBS Books presents this Author Talk with Christopher Paolini about his book To Sleep in a Sea of Stars.

Christopher Paolini was born in Southern California and has lived most his life in Paradise Valley, Montana. He published his first novel, Eragon, in 2003 at age nineteen, and quickly became a publishing phenomenon. His Inheritance Cycle—Eragon and its three sequels—have sold nearly 40 million copies worldwide. To Sleep in a Sea of Stars is his first adult novel.