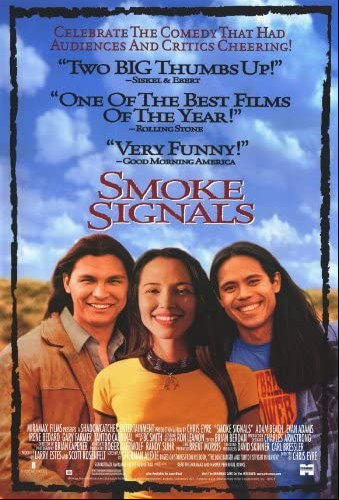 "A Native American (Adam Beach) sets off on a journey to recover the remains of his estranged father, learning some important lessons from a traveling companion (Evan Adams) and a woman (Irene Bedard) who knew his father."

Current SJR State students and employees can stream this film for free on the Swank platform.

"This classic comedy is iconic for many reasons. It is a film we in the Native community reference and joke about in almost every family setting. If you don’t know what it means to yell “Hey Victor!” at anyone named Victor, you need to watch this movie. You’ll understand many of our jokes then. This film was written, directed and acted by Natives (including the screenplay by well-known poet and novelist Sherman Alexie)! That’s a huge deal." - Corinne Rice, 8 Essential Films of the Native American Experience