May is Jewish American Heritage Month! "On April 20, 2006, President George W. Bush proclaimed that May would be Jewish American Heritage Month. The announcement was the crowning achievement in an effort by the Jewish Museum of Florida and South Florida Jewish community leaders that resulted in resolutions introduced by Rep. Debbie Wasserman Schultz of Florida and Sen. Arlen Specter of Pennsylvania urging the president to proclaim a month that would recognize the more than 350-year history of Jewish contributions to American culture. The resolutions passed unanimously, first in the House of Representatives in December 2005 and later in the Senate in February 2006.

For information about the proclamations and legislation related to this month, visit the Law Library of Congress' Jewish American Heritage Month: A Commemorative Observances Legal Research Guide.

The Jacob Rader Marcus Center of the American Jewish Archives 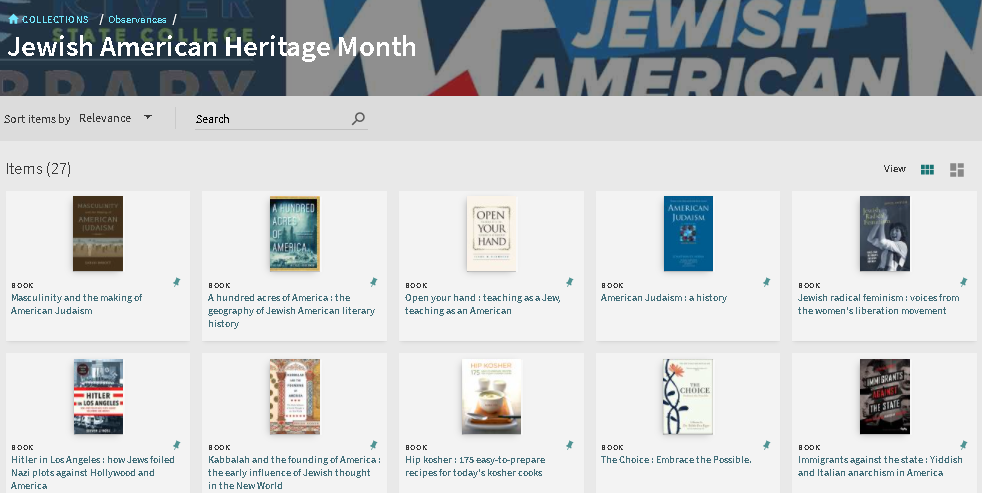 "PBS American Masters offers rich resources for investigating the exemplary contributions of Jewish Americans to such fields as music, theatre, film, and television. Where would American music be without the dynamic rhythms of Leonard Bernstein and Aaron Copland, or the swinging melodies of Benny Goodman and his orchestra? American Theatre would be poorer without the complex characters and conflicts of Arthur Miller’s plays, the dazzling directing talent of Jerome Robbins and Harold Clurman and the brilliant actors developed under the mentorship of Stella Adler. Similarly, listen to how Allen Ginsberg’s life and poems “Howl” and “Kaddish” inspired the counterculture of America in the midpoint of the century or how Annie Leibovitz turned celebrity photography into an art. It may come as something of a surprise to discover that American Masters also produced a program on one of the greatest scientific thinkers of all time, Albert Einstein. Yet he surely deserves recognition in a series devoted to “examining the lives, works, and creative processes of our most outstanding cultural artists.” - source 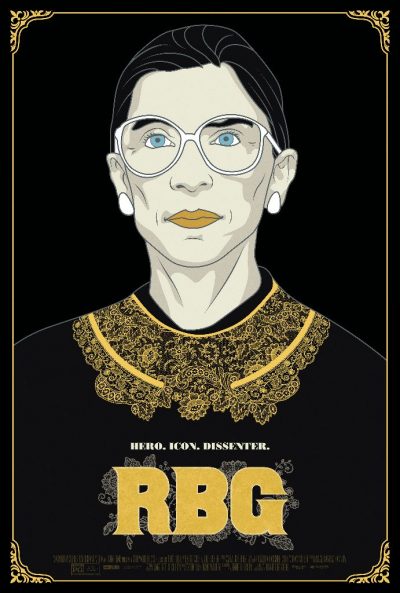 "At the age of 85, U.S. Supreme Court Justice Ruth Bader Ginsburg has developed a breathtaking legal legacy while becoming an unexpected pop culture icon. But without a definitive Ginsburg biography, the unique personal journey of this diminutive, quiet warrior's rise to the nation's highest court has been largely unknown, even to some of her biggest fans - until now. RBG is a revelatory documentary exploring Ginsburg 's exceptional life and career from Betsy West and Julie Cohen."