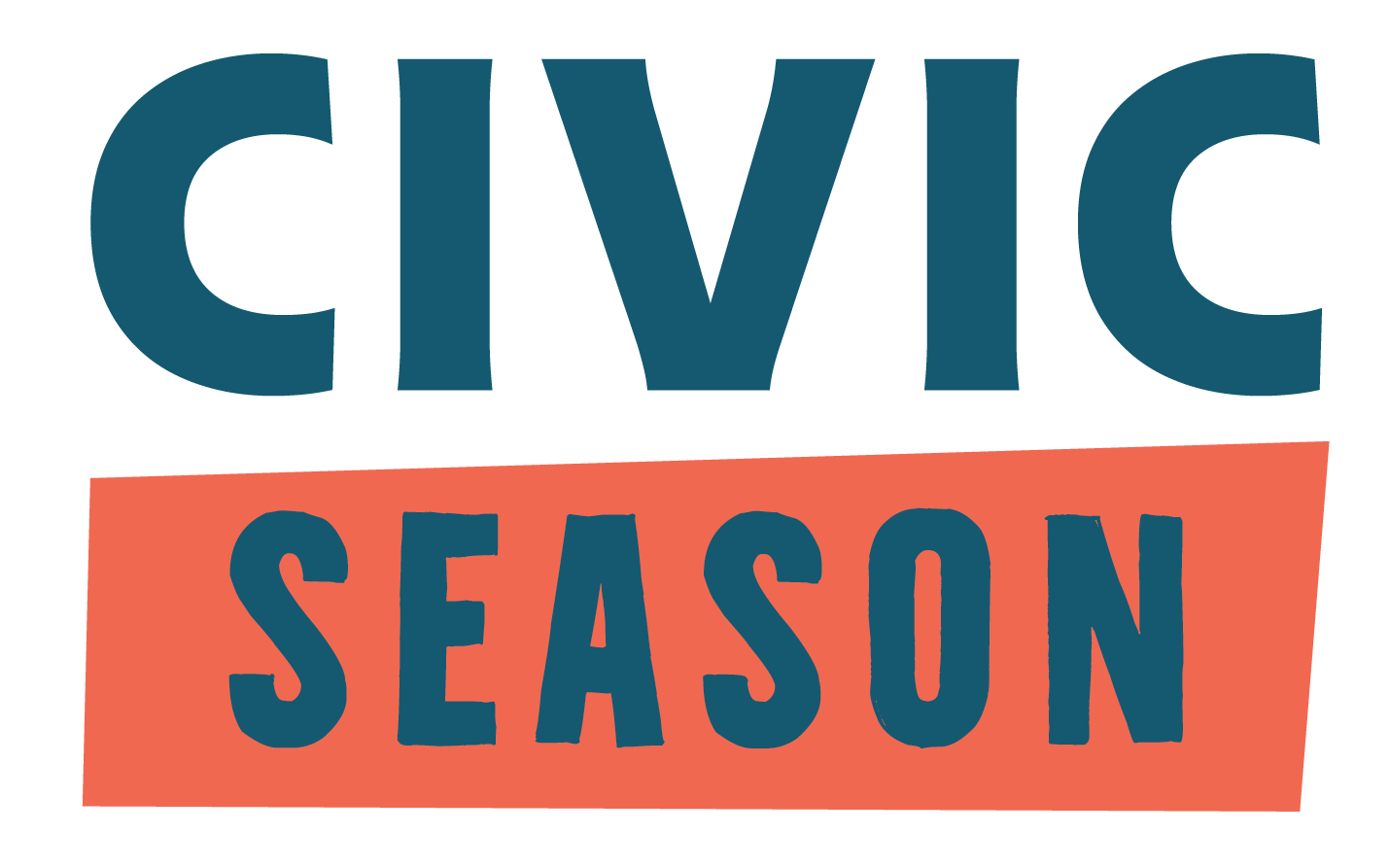 The 4th of July commemorates the moment when a new generation boldly articulated the values of a new nation: freedom, equality, justice, rights, and opportunity. Juneteenth, celebrated just a few weeks earlier, highlights how these values have been fought for and unevenly shared over nearly 250 years of history, and even before the United States was formed. This fundamental tension calls us all to play a part in forming “a more perfect union.” Our story is complex and evolving. But history shows it’s up to us to strengthen and sustain democracy, not only during elections but through year-round rituals of engaged citizenship.

Civic Season began in 2021 as an annual tradition that mobilizes Americans to engage with our past, take action in the present, and shape the future through activations in our neighborhoods, cities and social spaces. Civic Season is a joint effort led by America’s history institutions at Made By Us and the next generation shaping our society at Civics Unplugged. Civic Season will be driven forward by our organizations and energized by a social media campaign and interactive website so individuals nationwide can find ways to join in civic engagement activities tied to their interests and communities, such as local history programs, crowdsourced media projects and service.

A joint effort from leading history institutions and the next generation, the inaugural Civic Season invites everyone to join in creating this tradition. As we build towards the nation’s 250th anniversary, just 5 years away, the Civic Season reaches beyond civic responsibility, cultivating civic opportunity: chances to pitch in, take part, help write the next chapter of our history. 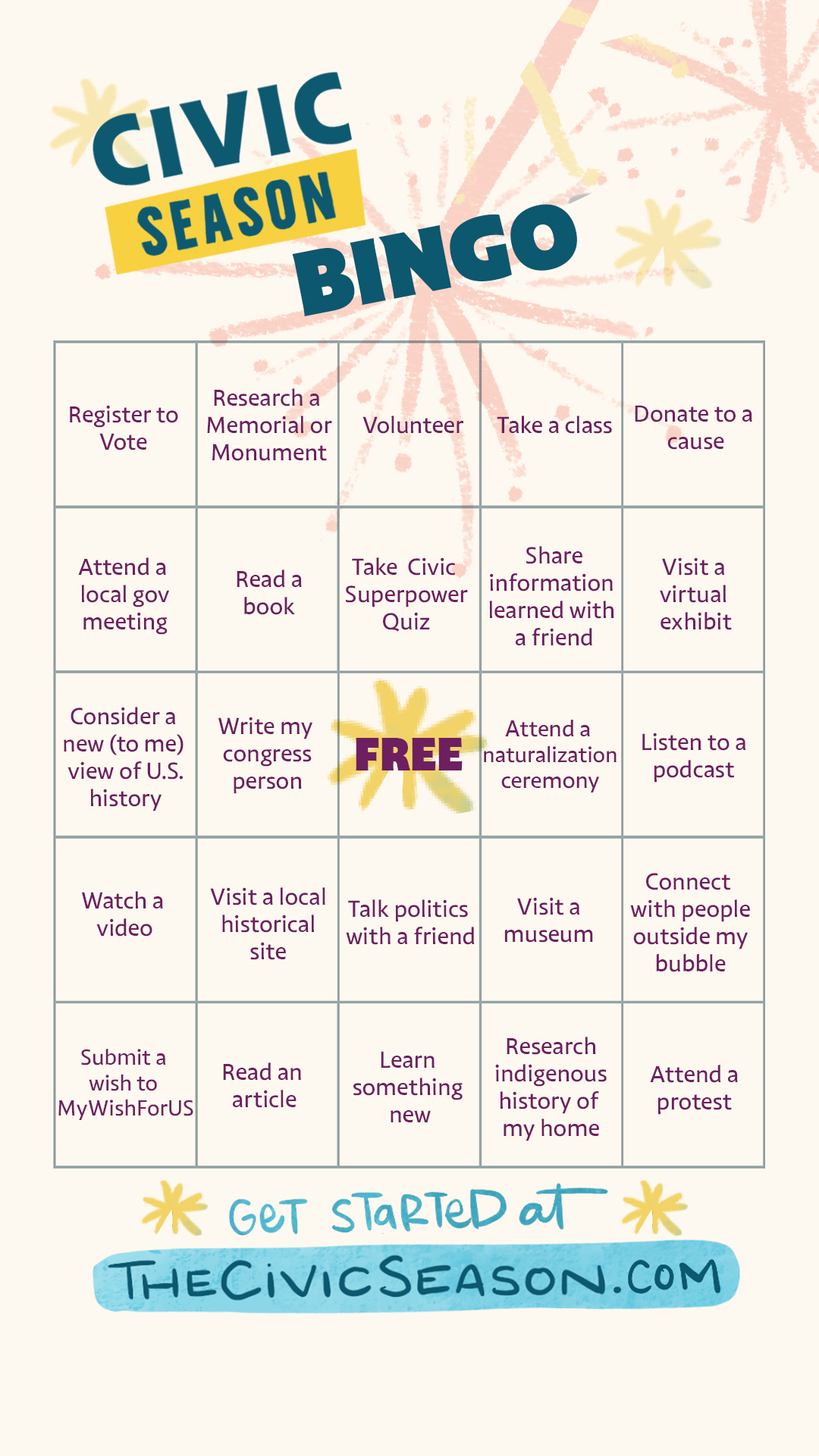 Read 31 acts in honor of the ‘Civic Season’ 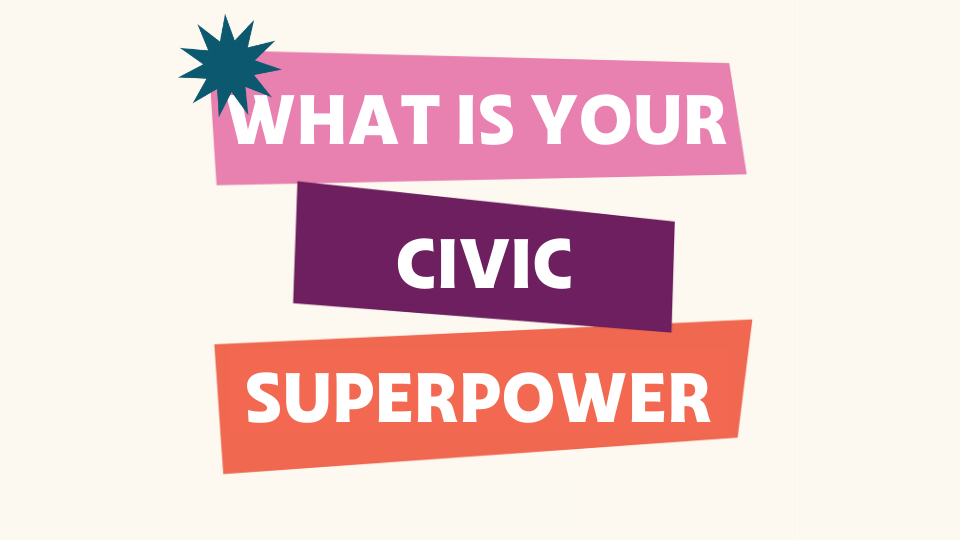 Are you a Resister? Builder? Nurturer? Investigator? Networker? Communicator? Take the Civic Superpowers Quiz to find out what you bring to the table and how you can get involved!