"Valentine's Day, February 14, is a day consecrated by custom to the celebration of romantic love. The observance dates back to medieval times, but in twentieth-century America, Valentine's Day—like other occasions that are linked to sentiment, such as Mother's Day—has become a ritual appendage of consumer culture. Attempts to link Valentine's Day and its emphasis on worldly love to an early martyr (or pair of martyrs) of the Christian church have been discredited, and historians have come to attribute the connection between romance and February 14 to Geoffrey Chaucer (1340?–1400), the English poet and author of The Canterbury Tales.

In his work The Parliament of Foules, Chaucer wrote: “For this was on Seynt Valentynes Day, Whan every foul cometh ther to chese his make.” Throughout the late Middle Ages and the early modern period, Valentine's Day was an occasion for declaring one's affections or using divination to determine the identity of one's lover or future spouse. ... The first Valentine's Day cards were handmade, but by the early nineteenth century, printed cards were common in England. When this fashion was exported to the United States in the 1840s, a veritable Valentine mania broke out.

In the twentieth century the Valentine's Day industry grew even more vast. By the 1990s sales of candy for the occasion had risen to more than $600 million; seventy million roses are given on the day; restaurants are filled with couples seeking romantic dining; and over a billion cards are exchanged every year in the United States alone, with school children leading the way. ...

Valentine's Day is celebrated in song and film as synonymous with romantic love. ...Over the years the holiday has spread beyond England and America to Europe, Asia, and other English-speaking countries such as South Africa and Australia, and production and sales of Valentine cards have become a worldwide phenomenon."

The Heart of the Matter: A History of Valentine Cards

Be My Valentine - Smithsonian's collection of Valentine's

Have an old book handy? 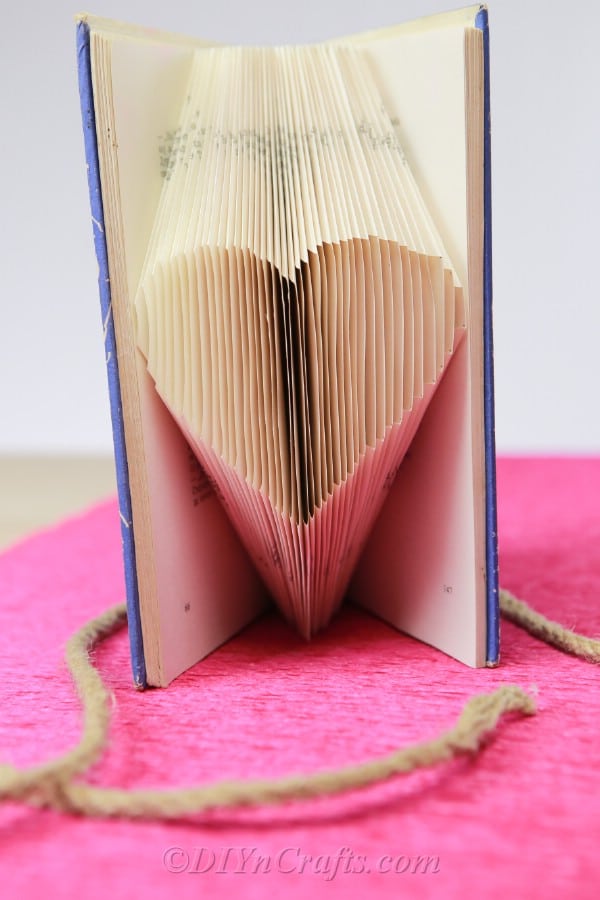