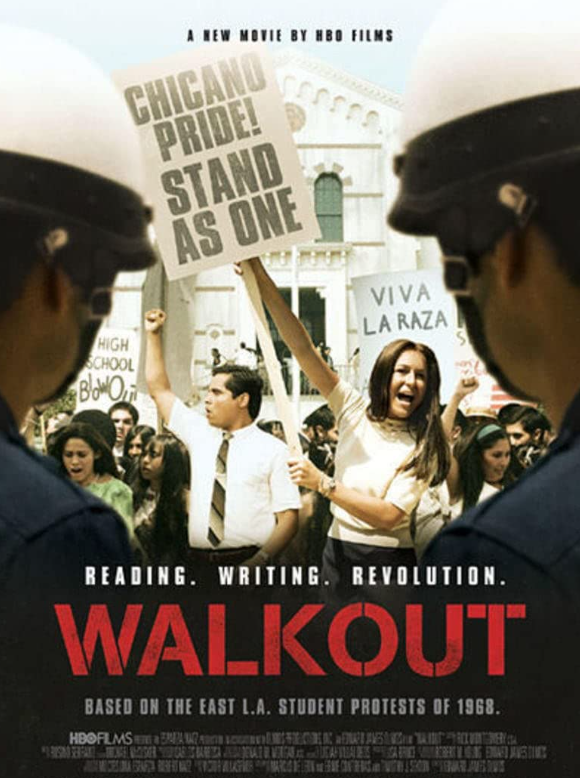 "This HBO Films production details the stirring true story of a group of Mexican American students who staged a compelling 1968 walkout to protest the injustices of the public high-school system in East L.A. Alexa Vega stars as an idealistic honors student whose desire to fight the system's blatant discrimination leads her to coordinate a multi-school walkout of students." - HBO

Current SJR State students and employees can stream this film free on the Swank platform.

"Moctesuma Esparza, producer: “Walkout” is one of the very few films that documents the Chicano civil rights movement, which was pivotal in the advancement of rights for Latinos in the United States. I chose to be a filmmaker in pursuit of social justice and I had been seeking to get this movie made for more than 20 years until I finally got HBO to step up. To this day there are almost no American Latino movie stars who can [get executives to] greenlight a Hollywood theatrical movie. I had seen Michael Peña in “Crash.” He had a small role but gave such powerful performance that I argued with HBO that he should embody the role of Sal Castro, a Chicano teacher. I pushed for Alexa PenaVega, who had been the star in “Spy Kids,” and who was very committed to our movie. HBO said they still needed a little bit more star power, so I went to Edward James Olmos and asked him if he would direct. That’s how the movie finally came to be." - The American Latino Experience: 20 Essential Films Since 2000